Transportation is critical to our business community and a top civic issue.

Realignment: Adjusting Projects and Plans in Response to COVID

Through a process called realignment, the Sound Transit Board of Directors is working to determine which plans and timelines for voter-approved projects will need to change due to lower revenue projections, absent receiving alternative revenue.

At their June, 2020 meeting, the Board set a process for this capital program realignment that will move forward between now and summer 2021, providing time for the financial impacts of the recession to become clearer while we pursue additional funding opportunities. The realignment will establish clear expectations about project delivery timelines by summer 2021 after gaining input from the public and partner organizations.

Based on agency contractual commitments already in place, Sound Transit will focus future realignment actions on projects that are not already in construction or under contract. Major projects that are still moving forward right now, contributing to our region’s economic recovery, include but aren’t limited to light rail extensions to Northgate, Lynnwood, Bellevue, Redmond, Federal Way and the Tacoma Link Hilltop Extension. 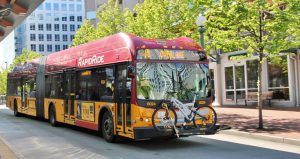 The Federal Way Link Extension project will extend light rail from the Angle Lake Station at South 200th in SeaTac (opening in 2016) to Kent/Des Moines by 2023 and to Federal Way when more funding is secured.

Sound Transit recently conducted an environmental review of the project. The Draft Environmental Impact Statement (Draft EIS) is now available for public review and comment. It provides information about route and station options on SR 99 and I-5 and how the project could benefit and impact the community and environment. Public comments will help the Board of Directors identify a preferred alternative this summer.  The corridor is about 7.6 miles long and parallels SR 99 and Interstate 5. 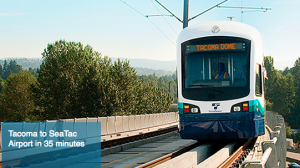 The Tacoma Dome Link Extension will connect Pierce and South King County residents to the regional light rail network, including direct access to SeaTac Airport and downtown Seattle, with stations at Tacoma Dome, East Tacoma, Fife and South Federal Way. The Tacoma Dome station will serve as a multi-modal transit hub, with transfer options to and from Sounder service, Tacoma Link, and Pierce Transit and Sound Transit buses.

Per the voter-approved ST3 plan, the representative project for the Tacoma Dome Link Extension connects Federal Way to Tacoma on a primarily elevated guideway with a new rail-only fixed span crossing the Puyallup River. The project also includes an operation and maintenance facility, location to be determined.

Public transportation in our region is preparing for the future. King County Metro Transit is looking ahead to make sure it can provide the right mix of services and connections to get people where they need to go as our communities grow. At the same time, Sound Transit will be engaging with residents as it develops a system plan for a proposed ballot measure.

Why develop a long-range plan? Consider this: By 2040, another 360,000 people will be living in King County – more than half of Seattle’s current population. An estimated 50 percent of all transit trips in the county will be taken on a Metro bus. That means the system of our future will need to support: 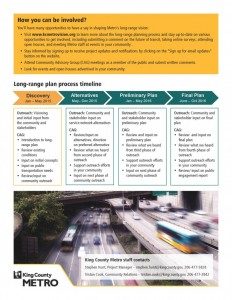 As the third largest gateway to the Pacific, the Ports of Seattle and Tacoma are economic engines with mixed use development that includes industrial, recreational and commercial enterprises.

The Ports of Seattle and Tacoma connect Washington business to global markets.

The related economic activity from both Ports is affiliated with $138 billion in total economic activity in the state, which is 1/3 of Washington’s GDP.   In fact, every dollar of income to Port-related direct jobs correlates to an additional $270 in personal income in the Seattle and Tacoma area. (2013).

The two Ports’ marine cargo operations supported more than 48,000 jobs, generating $4.3 billion in economic activity and $379 million in state and local taxes in 2013.

The airport plays a central economic role that reverberates throughout the south sound and across the Pacific Northwest. Since opening in 1947, Sea-Tac has become one of the largest airports in the nation, a major contributor to the regional economy and a leader in environmental stewardship.

By providing national and international connections for business and personal travel, as well as cargo shipping, its regional economic impact is more than $16.3 billion in business revenue. With 22 scheduled passenger airlines serving 77 non-stop domestic destinations and 22 international cities, the airport generates more than 171,750 jobs, of which almost 110,000 are direct jobs, representing more than $2.8 billion in direct earnings and $565 million in state and local taxes.

Over the next five years, the Port of Seattle will spend $1.9 billion in airport improvements including a renovation of the north satellite, reconstruction of the center runway, a new expanded International Arrivals Facility and a new high-efficient, centralized baggage system.

The Northwest Seaport Alliance is the first of this kind in North America. The ports of Seattle and Tacoma joined forces in August 2015 to unify management of our marine cargo facilities and business to strengthen the Puget Sound gateway and attract more marine cargo and jobs for the region.

Located in the Pacific Northwest in Washington State, The Northwest Seaport Alliance offers shorter U.S.-to-Asia transits, as well as a deep connection to Alaska. A study released in September 2014 demonstrates the 2013 impact of the marine cargo operations in our Seattle and Tacoma harbors: 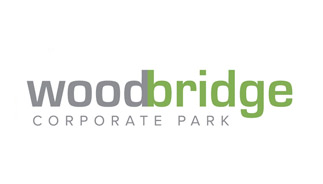 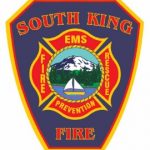